Poland is aging faster and faster. The demographic tsunami is looming

Poland is aging faster and faster and in the coming decade will face many challenges. Demographic data are not optimistic. Poles live longer and the number actively working is steadily declining - by 2070 it will decrease by 30%. During this time, the country's population will decline by almost 20%. A demographic tsunami is looming and it will also redefine the needs of the real estate market.

Unfortunately, little is said about the rapidly growing housing needs of seniors. Although the trend has been noticeable in Poland for years, we will deal with its effects for the first time in our history. In the countries of Western Europe or the United States, the “senior housing” sector has been one of the fastest growing and profitable segments of the real estate market for many years. Although the topic of senior housing in Poland is still not popular, and the interest of developers is almost zero, this area of ​​the market signals the greatest potential from the demand side. According to the index of seniors’ housing possibilities developed by the international consulting company Savills, the aim of which was to determine where in Europe the housing market for older people has the greatest room for growth, Poland was in the top five of 23 European countries.

Not only more Poles die than are born, but also more leave the labor market than start their own business. According to the data from the Central Statistical Office of Poland (GUS), the population of our country will shrink to 36 million in 2030. The number of retirees in the last quarter of 2021 exceeded 6 million. According to estimates, by 2025, every third Pole is to reach the age threshold of 65 years, and in less than two decades there will be 13.7 million of them, which is over 40.4% total declining population. Concerns are raised as to whether, in line with the projected decline in the population by 4.3 million people by 2050, the shrinking working age population will be able to provide retirees with the subsistence due for years of work and paid in ZUS. According to the European Commission’s report “The 2021 Aging Report Economic & Budgetary Projections for the EU Member States (2019-2070)”, our country is in the group of 6 EU countries where this problem is the most pressing. The increase in the dependency ratio of older people in Poland will be one of the highest in the EU and will exceed 65%.

At the end of 2020, the number of people aged 60 and more amounted to 9.8 million, which means that nearly 26% Poles are already in this age group. During the same period, the average healthy life was 59.2 for men and 63.1 for women. Although the pandemic took its toll on the elderly, their share of the overall population has increased. In 2021, the average life expectancy of men in Poland was 71.8 years, and women – 79.7 years, and compared to 1990, it increased by 5.6 and 4.5 years, respectively.

Today, the facilities in our country that provide round-the-clock senior care are inhabited by a total of 112,460 people. This means that only 1.14% of people over 60 years old could take advantage of the possibility of living in stationary institutions or social welfare homes. No wonder that in the European index, Poland was defined as a rapidly growing elderly population combined with the lowest number of apartments per person. This makes us a very promising country for the development of the senior housing market.

The demographic situation, no matter who will rule the country, will have a huge impact on our economy. The private sector is already filling the growing gap in seniors’ needs. Currently in Poland, about 30% institutions operating for the elderly are public institutions, and as much as 70% – private. Despite relatively low pensions, Polish seniors are becoming an increasingly valued and important group of customers and consumers. It is worth remembering that our country has one of the highest housing ownership ratios in Europe, which may turn out to be a large pension capital. Research on the financial situation of people over 60 indicated that 23% assessed their situation as very good and good, but most of them, 59% qualified it as average, and 18% as bad.

Compared to the rich countries of the European Union, the national seniors offer is very poor and mostly concerns only homes for bedridden people, which contributes to the intensification of negative stereotypes and poor perception of both the retirement centers themselves, which often lack professional medical care or modern rehabilitation equipment, and the only “entertainment” is a TV set in the room. Such places are often colloquially referred to as “retirement homes” and are certainly not places for which seniors want to use the accumulated financial resources. Although a gigantic wave of new needs is looming, our market still lacks an appropriate offer from the “senior living” sector, including “assisted living” – allowing seniors to stay fit for as long as possible and live on their own terms, relying only on the most needed help and support .

“Senior living” or a new way to fall in shape

The average pension in March 2022 amounted to PLN 2,545 gross (540 EURO), which means that most Polish seniors simply cannot afford the expenditure of PLN 3-4 thousand (640-850 EURO) per month in a moderate-standard center, not to mention PLN 7-9 (1480-1900 EURO) thousand in the most luxurious one. However, on the other hand, if we look at the market, we already note a large shortage of flats adapted to the needs of the elderly or places in nursing homes. Even the number of people willing to visit luxurious facilities far exceeds the possibility of admitting new people to them. The reason is that in our country there are still few high-level facilities and those that are standard significantly differ from those in Western Europe or in Scandinavia. The Polish market is also ready for high-quality senior services, both residential and medical – specializing in various disorders that arise with age, as well as sanatorium and care services.

Although in Poland, senior housing is still associated primarily with nursing homes for people in need of support, more and more attractive facilities for people who are just starting their retirement life are being created around the world. Due to the large shortage of care personnel throughout Western Europe, solutions are promoted that allow seniors to function as long as possible with the least external support. Solutions known as “senior living” or “assisted living” are becoming more and more popular.

Their basic assumption is to offer independent flats designed with the needs of the elderly in mind. They are a combination of an apartment, common parts and care facilities and are usually slightly larger studios with a kitchenette or two-room apartments for married couples. The offer is addressed to the elderly who remain independent, but potentially in need of support. What distinguishes them from independent apartments is the constant availability of caregivers, providing protection in the event of an emergency.

Who will meet the new needs?

The task of modern senior housing is primarily to fill the space between professional nursing homes and private care for seniors. Where, and most importantly, the costs of this type of apartments are comparable to renting ordinary ones. What distinguishes them is the presence of an integration space such as a garden, a classroom and the accompanying offer of additional services. It is about housing investments tailored to the needs of seniors who do not require constant care, but more assistance in their daily duties.

The positively verified global trends include smaller buildings with 60-80 apartments, which are dispersed among ordinary housing estates. For example, the Dutch pilot project of combining a retirement home with a dormitory has become a great success. Students receive additional income and cheap accommodation there, but also learn empathy. The project was also very well received by seniors, who acted as mentors and older friends.

Obviously, certified apartments in the “facility without barriers” category must meet certain standards of accessibility for people with reduced mobility, including seniors. On the one hand, such centers function as typical flats, on the other hand, there is a rehabilitation room, a garden or a place for consultation with a doctor. Additional services are offered on site, such as the help of a nurse, physiotherapist, help in shopping or walking the dog.

Such housing estates can ensure the longest possible independence of the elderly, thanks to the increasing use of new technologies. Along with the increase in the percentage of elderly people, the demand for locating them within large urban agglomerations and in the vicinity of recreational and hotel centers will increase. The most important thing, however, is the feeling of being part of a community and a chance for an active social life among people like you.

An increasingly important group of clients

Unfortunately, the current architectural barriers exclude many seniors from everyday functioning too early. An example is the popular 4 and 5-story sides without elevators. However, taking into account the changing conditions, growing salaries and the changing mentality of society, the next groups of seniors are generations with increasingly higher competences, educated people who know foreign languages ​​and the world, have advanced knowledge and familiarity with technologies, who are more open to new solutions. An increasing number of singles and people without successors will be more inclined to use the accumulated financial resources for a decent autumn of their lives.

Most of the seniors in our country are owners of apartments and can take advantage of the money frozen in them, i.e. an annuity or the so-called reverse mortgage, which, in return for transferring ownership of the property, gives you additional money and still allows you to use the premises until death. This creates particularly large opportunities in the case of larger premises and houses, which become too large and difficult to maintain with age, and may generate additional considerable rental income.

In the case of moving to a smaller and adapted facility, such as “senior living” or “assisted living”, the senior may return to his apartment or house, but also, in addition to retirement and reverse mortgage, obtain income from renting it. However, the popularization of this solution, apart from mental changes, requires the introduction of regulations protecting the elderly against abuse.

It is also worth mentioning the great potential of the Polish senior housing market due to our geographical location and lower living costs, which may turn out to be an interesting alternative to spending the autumn of life also for seniors from other countries of Western Europe, Scandinavia and a huge group of compatriots who live abroad but will be happy to retire in the country. Due to demographic changes, the future housing offer will have to evolve to meet the growing needs of an increasing number of elderly people.

Contrary to the global trend, the population will also decline across Europe. In 2030, our continent will be inhabited by 741 million people, and in 2100 by over 112 million people less. According to the latest forecasts, the population of Poland will decrease by over 15 million by 2100 – from 38 million to 23 million people. The changing demographics of our country will affect all areas of life and economic sectors. However, the world population will grow, among others thanks to the countries of Africa.

IIProp (International Industrial Properties), an industrial and logistics platform owned by Madison International Realty and Griffin Capital Partners that is dedicated to investing in key European 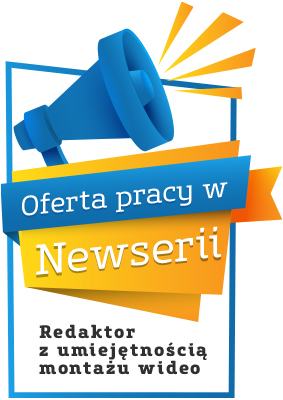 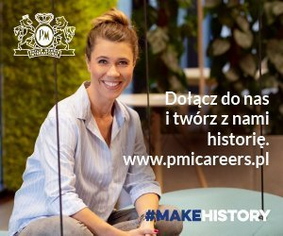